Ward Whaling, professor of physics, emeritus, at Caltech, passed away on December 15, 2020. He was 97 years old. Whaling was an experimental nuclear physicist who taught for many years at Caltech, and served as secretary of the faculty for 16 years.

"I had an office down the hall from Ward around the time he was largely focused on teaching, along with his job as secretary of the faculty," says Brad Filippone, the Francis L. Moseley Professor of Physics at Caltech. "He was one of the nicest people I met at Caltech."

Whaling was born on September 29, 1923 in Dallas, Texas, and grew up near the Southern Methodist University campus in University Park, where his father was a professor of church history. In a Caltech oral history interview, Ward says his family lived near a vacant lot, where they had a cow that he would milk. "It was a very nice place to grow up, with wide open spaces," he said.

As a kid, Whaling recalled, he used to fix bicycles and other mechanical objects, and would collect whiskey bottle labels, because "when prohibition was repealed, this was a very foreign something-or-other, and it was wicked. Little kids would find a bottle on the side of the road or in an alley or something and we would carefully extract the label."

After his graduation in 1944, Whaling spent three months at the U.S. Army Signal Corps Officer Candidate School, at Fort Monmouth, in New Jersey. He then served in the U.S. occupation forces right after the end of World War II in 1945, in Bremen, Germany, where he ran a telephone switchboard.

Whaling's favorite subject in school was always math, and he enjoyed philosophy, but he said he ultimately went into physics and engineering work because of pressure from the draft and military responsibilities. "Had there been no war, I might well have gone in other directions," he said in his oral history.

He joined Caltech in 1949 as a research fellow. At Rice, he had been working on the energy levels of beryllium-7, which was of interest to a group at Caltech's Kellogg Radiation Laboratory. He joined the Kellogg group and helped build a magnetic spectrometer, a device that measures the momentum of charged particles.

Most of Whaling's work was related to nuclear physics. In 1951, Whaling received early exposure for a paper that he co-authored with three other scientists entitled "Masses of Light Nuclei from Nuclear Disintegration Energies."

One of Whaling's most well-known achievements involved his 1953 discovery of a famous energy state of carbon, sometimes known as "the secret of life," predicted by the late British astronomer Fred Hoyle. Hoyle, who would go on to demonstrate theoretically how the elements in the universe were synthesized in stars, had been stuck trying to figure out the steps leading to the production of carbon. As a solution to the problem, he predicted that the atomic nucleus carbon-12 (the most common isotope of carbon on Earth), must have a short-lived excited state at a particular energy level. Whaling and his colleagues were the first to experimentally confirm this so-called Hoyle state.

In his oral history, Whaling talked about this experiment and how he and his colleagues were able to accomplish it thanks to, of all things, tennis balls. Performing the experiment required the use of the heavy magnetic spectrometer Whaling and colleagues had previously built in the Kellogg building. For the Hoyle-state experiment, that massive device had to be moved down a hall. Their solution: hundreds of tennis balls, under a plate on which the spectrometer sat. "Sure enough, we moved that darn thing down the hall, rolling it," he recalled.

Dave Stevenson, the Marvin L. Goldberger Professor of Planetary Science at Caltech, who met Whaling several times over their decade-long shared time at Caltech, recalls that Whaling's low-energy nuclear lab work at Caltech was "key to our current understanding of the origin of the heavy elements."

Later in his scientific career, Whaling used spectrometers, including that at Kitt Peak National Observatory in Arizona, to measure precise energy levels of atoms. His findings help astronomers learn the identity and abundance of elements present in cosmic objects.

Whaling served as secretary of the faculty board at Caltech from 1984 to 2000. He also took part in other social activities in the community, including the infamous musical comedies hosted by Caltech's late Kent Clark, a professor of literature. In one performance in 1955, Whaling sang a song about the late Nobel laureate Richard Feynman, a professor of physics at Caltech, that included the lyrics, "It's been established that no physicist of forty, can get ideas, can get ideas. Oh, how they long to be riding on their scooters, and now all they do is put numbers in computers."

Whaling recalled the musical comedies in his oral history: "There were a hundred people or so on the campus outside of physics that I got to know in that way, and I enjoyed that very much. That was one of the very positive aspects of Caltech."

Whaling and his wife, Mary Lou Slichter, also used to attend an unofficial dining club, organized by the late Frederick Lindvall, a professor of engineering, that took place in private rooms at the Athenaeum.

Another pastime of Whaling and his wife was maintaining a small avocado orchard on land they owned near Santa Barbara. "If the wind blows all the crop off, as it sometimes has done, it's not a disaster, because I have a day job too," he said.

Whaling thoroughly enjoyed teaching at Caltech. He taught a physics laboratory course for as many as 20 years that he felt was "quite successful." He noted in his oral history that his teaching was best when he was in the lab. "It was very informal, one on one, the student at the blackboard and me generally sitting down," he said.

He is survived by Mary Lou, his wife of 65 years; their two daughters, Anne and Carol; and three grandchildren, Zoe, Oliver, and Colin. 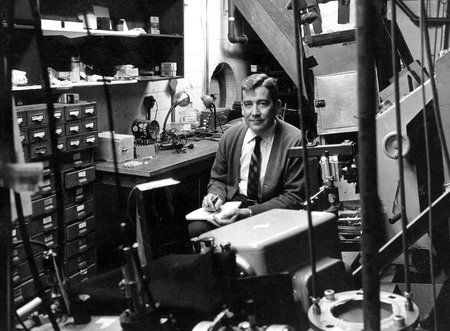 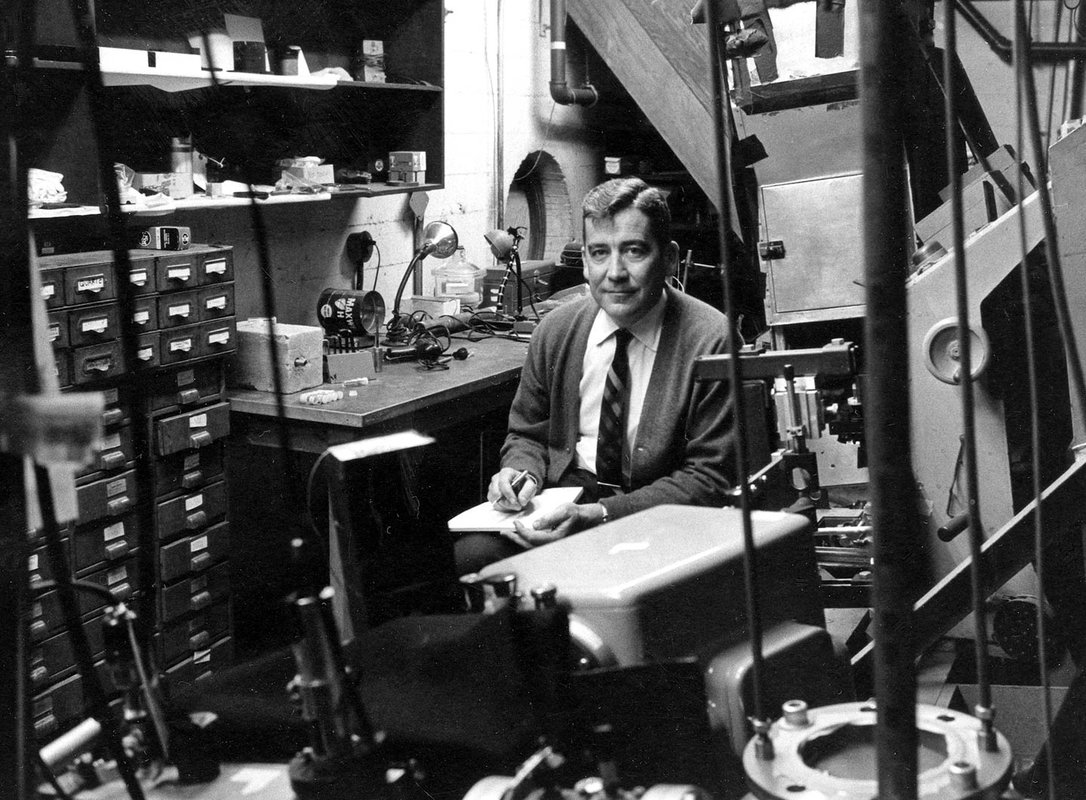